The port or starboard references can be referred to as nautical terms.

The roots of the word starboard are from old English words that mean “steering side of a ship”. This is because in the past, ships or boats were controlled using a central steering oar and since most people were right-handed, this oar was usually placed through the right side of the stern. Since the oar was on the right side of the vessel, it made it much easier to dock at ports with the left side facing the wharf and so the left side of the vessel became known as the port side.

The International Regulations for Preventing Collisions at Sea require vessels to mark the starboard side with green light and the port side with red light during hours of darkness in order to aid mariners when orientating themselves to the position and direction of movement of any vessels around them and hence and prevent accidents.

In this article we take a quick look at what these terms mean and at the end of this article, you will know what a mariner means when he/she says “port side of a boat” in a movie scene.

Here is a quick summary of other common directional references of a ship:

Stern: The stern is at the back end of a vessel, which is an opposite reference to the bow.

Forward: This means towards the bow.

Aft: This means towards the stern.

There are many ways to remember port and starboard references:

Most people never have to know what these terms mean. However, if you are ever in a marine emergency, knowing what the seamen on the vessel are yelling about to each other would definitely be helpful. On a lighter note, it is also interesting to understand what pirates in movies are screaming to their savage crewmen when they are trying to escape a barrage of cannon fire! 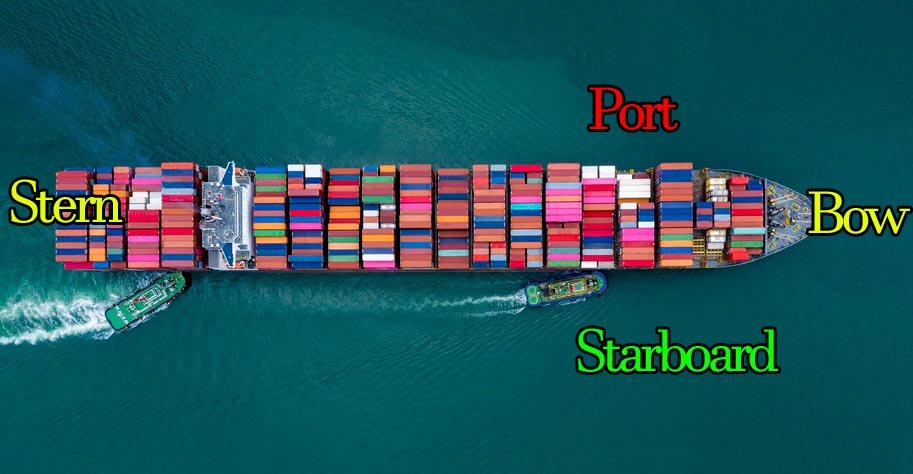 How to determine HTS code?

Join us on LinkedIn:

We use cookies to give you the best user experience.

This website uses cookies so that we can provide you with the best user experience possible. Cookie information is stored in your browser and performs functions such as recognising you when you return to our website and helping our team to understand which sections of the website you find most interesting and useful.

Strictly Necessary Cookie should be enabled at all times so that we can save your preferences for cookie settings.

If you disable this cookie, we will not be able to save your preferences. This means that every time you visit this website you will need to enable or disable cookies again.